Over the last 10 to 12 years St. Bartholomew`s Church Council (PCC) has been looking at various schemes to update the Church to be suitable for worship and other events in the 21st century.

Following years of raising funds the church roof has been repaired and the steeple has been pointed with a new lighting conductor fitted as well as updating the electrics in the Church and various repairs to the organ.

The good news is that a contract was signed on Friday the 27th February 2015 with a local contractor, O & W Crawshaw Ltd, to redevelop the back of Church to provide toilets, kitchen and new choir vestry with a contract start date of 9th March and a contract period of 16 weeks.

Since the start of the work the choir vestry has been removed and the vestry panels have been reused and fitted across the West End of the Church.

The modification of all the existing heating pipework has been completed.

Final design of the Kitchen Area has been confirmed.

Wet rot has been found in the floor timbers which may increase the contract period by 1 week. 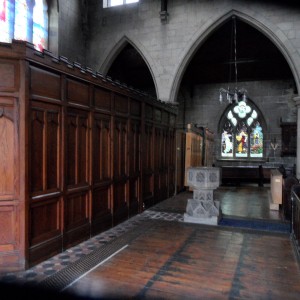 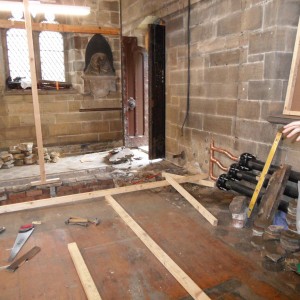 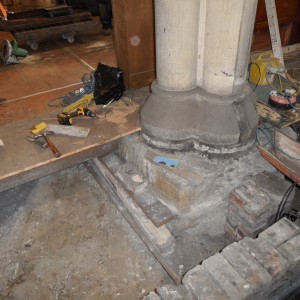 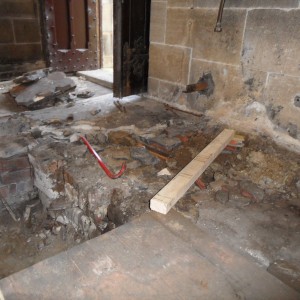 The wet rot found in the floor timbers plus wet foundation material has been removed and replacements floor joists are fitted.

The sound system has been reposition to the Pew in front of the Churchwarden’s Pew and was working for the first time at the Wedding on the 17th April.

We have agreed that we will have a low level cupboard near the new north door under the existing window which could be used for toilet cleaning equipment and would still give us natural light through the window in place of a taller cupboard which would stop light.

Plastering of the toilets/kitchen/vestry are complete, and the kitchen units are been fitted.

Unfortunately flood damage to the river bank will cause some delay to the outside work to build the new north exit to the Church.

Investigation work is ongoing in getting the main services water/gas/drains from the road into Church crossing the Culvery which causes the flood and the front graveyard. 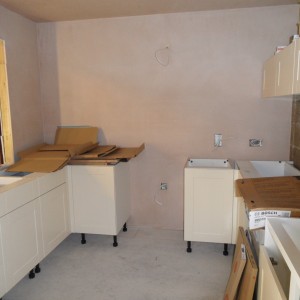 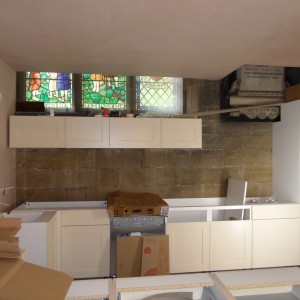 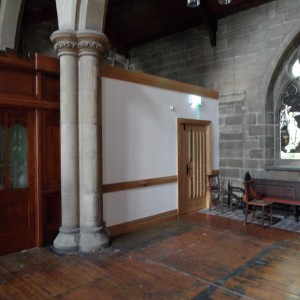 Kitchen units with worktops are complete. Electric cooker and hood, larder fridge and dishwasher are fitted.

The emergency lighting system is complete.

Toilets, sinks and radiators are being fitted along with a small storage cupboard.

The flood damage to the river bank is still delaying the outside work to build the new north exit to the Church.

Planning approval for the revised levels of the service pipes along the west gable over the graves and the culvert was submitted to Calderdale Council on the 4th June 2015. The planning process will take in the region of eight to ten weeks. This will cause a delay in completing the contract and will mean the inside of the Church will be complete before the services will be available into the kitchen and toilets.

All approvals for outside work have now been received.

The new choir vestry was used by the choir for the first time on the 23 August at the Church`s Patronal Festival.

The flood damage to the river bank is still causing delays to the outside work to build the new north exit to the Church. 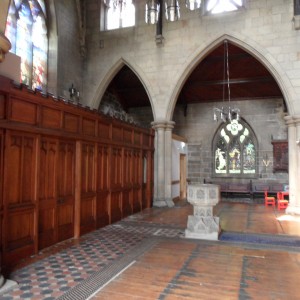 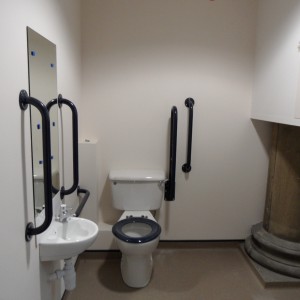 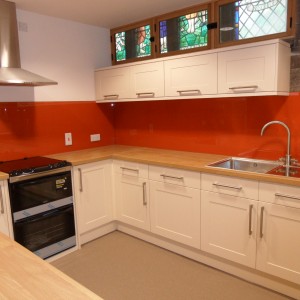 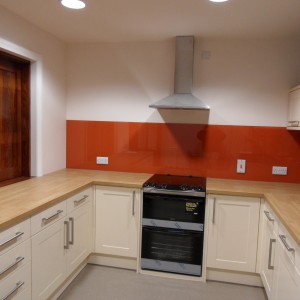 The internal work in the Church is still 95% complete and work continues to progress well on reinstating the retaining wall along the riverbank following the flood damage.(To see this work please walk down the river on the opposite bank to the Church just past the Bridge Inn Pub.) When this work is complete we can then start building the new steps between the west end/front of the Church and the rear graveyard from which the new raised ground along the west end will be constructed, with the gas/water/drain services underneath connecting our new kitchen and toilets.

We now look forward to a completion date early in the New Year.

Inside the Church we have cleared out the north side pews which have been used for storage for a long time and are now ready as an additional seating area for our large Christmas services. 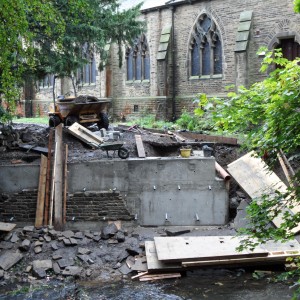 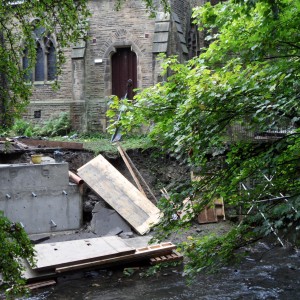 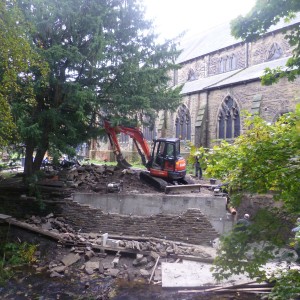 Since the start of 2016, work on installing the main services through the front graveyard is ongoing and the new north exit steps along with the top of riverbank retaining walk are under constructed. Work is also ongoing with building the new steps between the west end/front of the Church and the rear graveyard from which the new raised ground along the west end will be constructed, with the gas/water/drain services under the new raised ground connecting to our new kitchen and toilets.

We now look forward to a completion date in time for Easter. 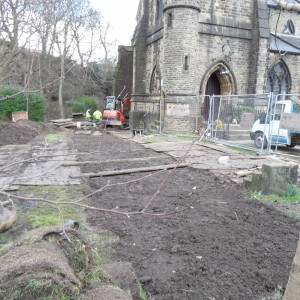 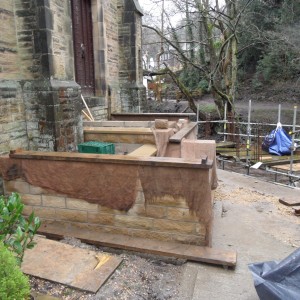 We are very pleased to confirm that the kitchen and toilets are now complete and were used for the first time at the Children’s Workshop held on Good Friday 25th March 2016.  This now completes the reordering of the inside of the Church which started on the 9th March 2015. 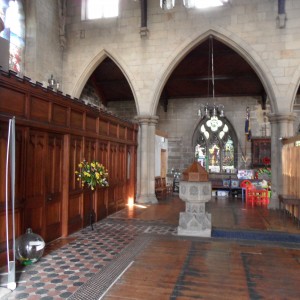 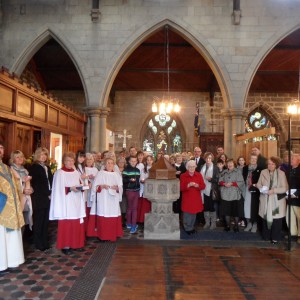